The Wall of Remembrance Symbolism

A semi-circular wall in West Australian Black Granite, embedded with flecks of natural gold, encompasses the South West sides of the Memorial.

This represents the ‘encircling arms of the Nation’, welcoming home its Lost Loved Ones. The wall is divided in the centre to allow access to the Memorial from the Ceremonial Pathway. The exterior, convex side of this wall, which faces visitors as they ascend towards the top of the summit, will bear a ‘wave motif’ in low relief, symbolic of the Indian Ocean where the men of the Sydney now lie.

The interior concave sides bear the names, rank and home base of the 645 men who lost their lives. At the Entrance Portal, also on this concave surface, composite images from actual photographs, are photoengraved into the Black Granite, depicting Sydney II in action and everyday scenes from life aboard the Ship, including a group photo of the full Ship’s company. This technique of graphic portrayal has been selected as a means of communicating the complexity of imagery and detail in its most direct and immediate form. Two other panels carry the history of the Sydney and the artist’s statement of concept and design. The technique of grit blasting photo-quality images into granite gives a stunning effect, providing a sense of realism to the visitor, and especially to future generations, for whom the historical detail and reality of the incident might become lost. The Black Granite panels have been spaced slightly apart to allow for Poppies to be placed beside individual family names.

On the final panel at the end of the Wall, the words:

“ THE REST IS SILENCE”, is engraved into the stone. 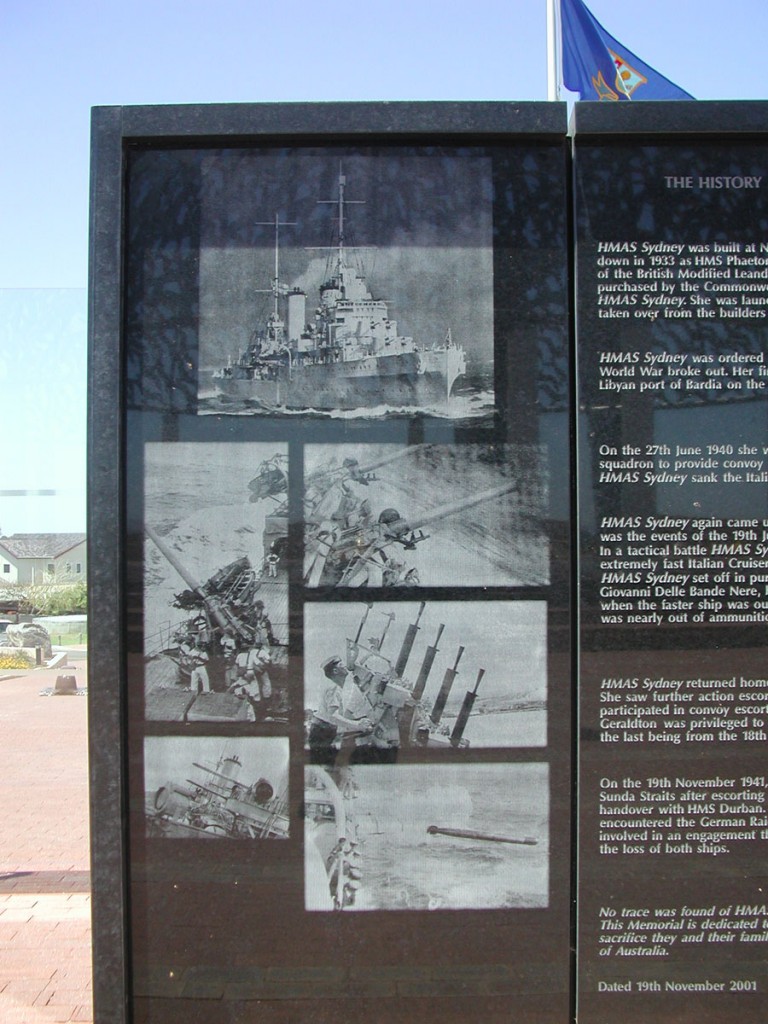 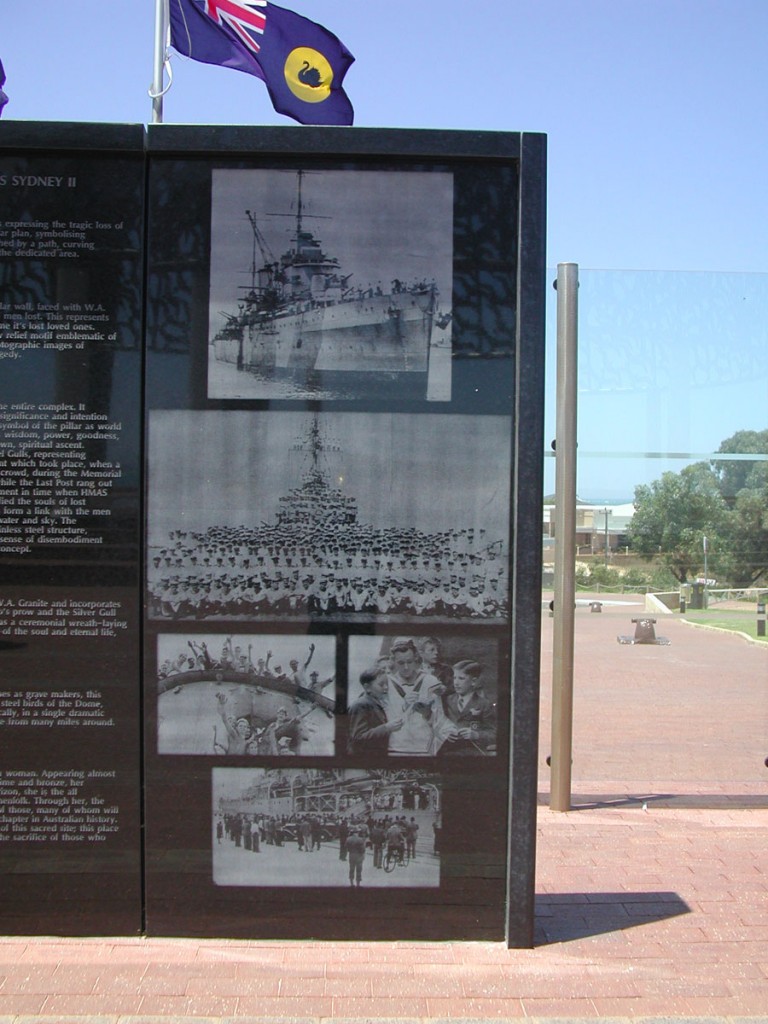