We received a letter from Richard Larriera, former President of Rotary Club of Geraldton, following on from his briefing to us at the Rotary meeting of March the 10th 1999 whereby he explained his concept for The Memorial would be based on the photograph he supplied of a group of gunners on board the HMAS Sydney in Naval practice. His basic idea was to create a large bronze rendition based on the photograph. 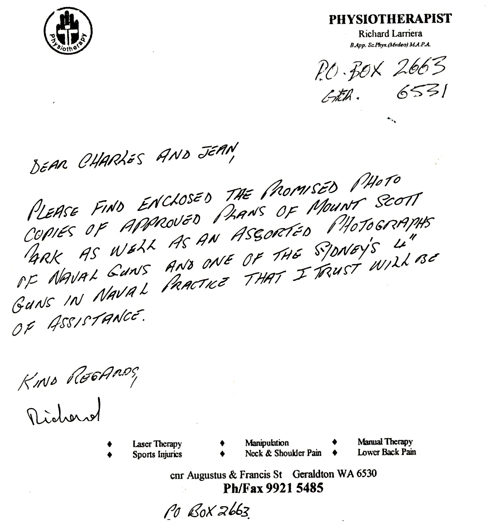 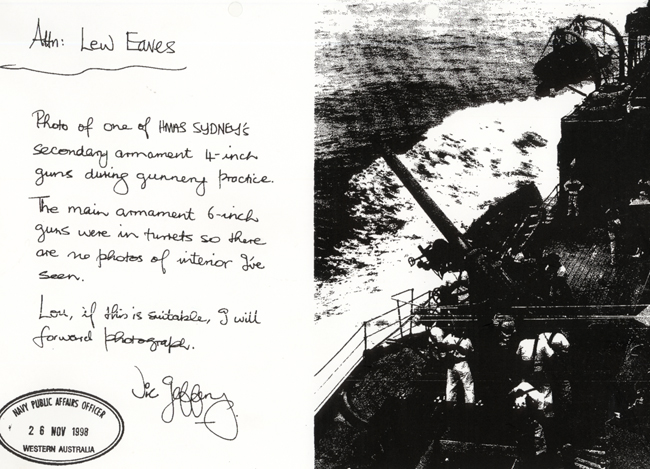 Back To Historical Timeline