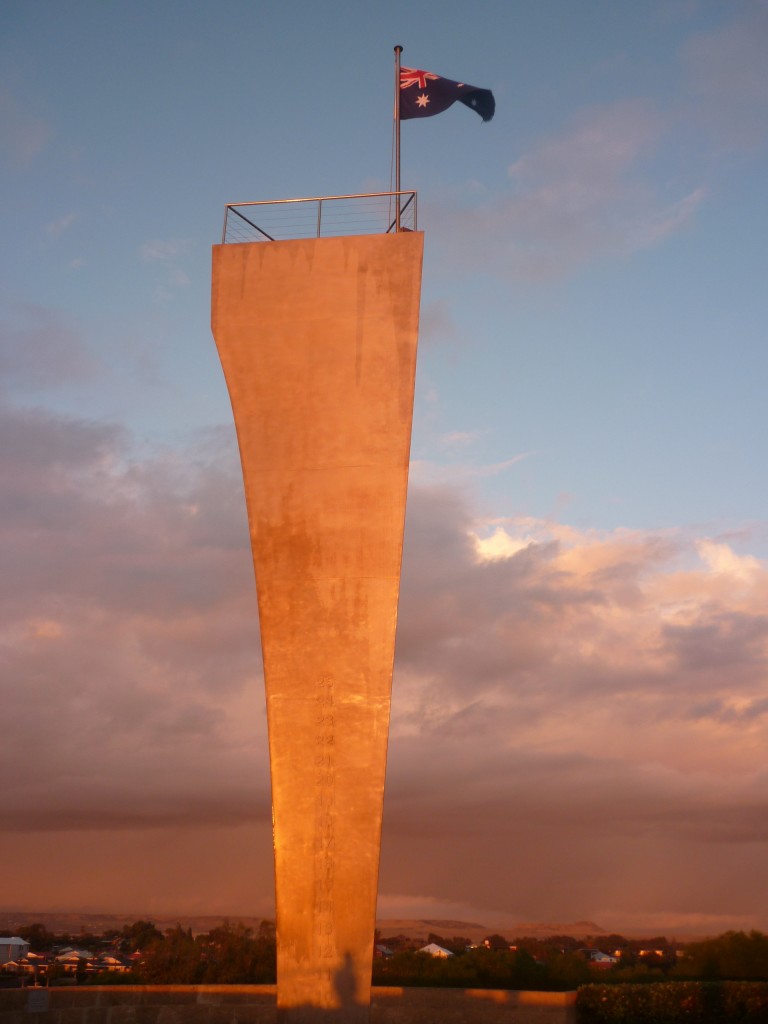 The Stele, which is based on the concept of ancient Standing Stones found throughout the World, were used as markers of graves or commemorative sites, since time immemorial. This is expressed in the form of the prow of HMAS Sydney II. It also incorporates all the symbolism of the pillar concept as well, described as a tall upright column in its own right.

In this context, the striking shape has been developed through a process of visual reductionism, in which the ship concept is distilled into a single dramatic gesture. Its function as a towering symbolic grave marker, while constituting an imposing vertical element, would be visible from many miles in all directions. The mast element can be further used to carry flags and insignia for the Memorial. It is designed to be fabricated in stainless steel to link with the Dome of Souls and to symbolise HMAS Sydney II, herself. Water depth markers based upon the actual Sydney markers are set onto the prow element.